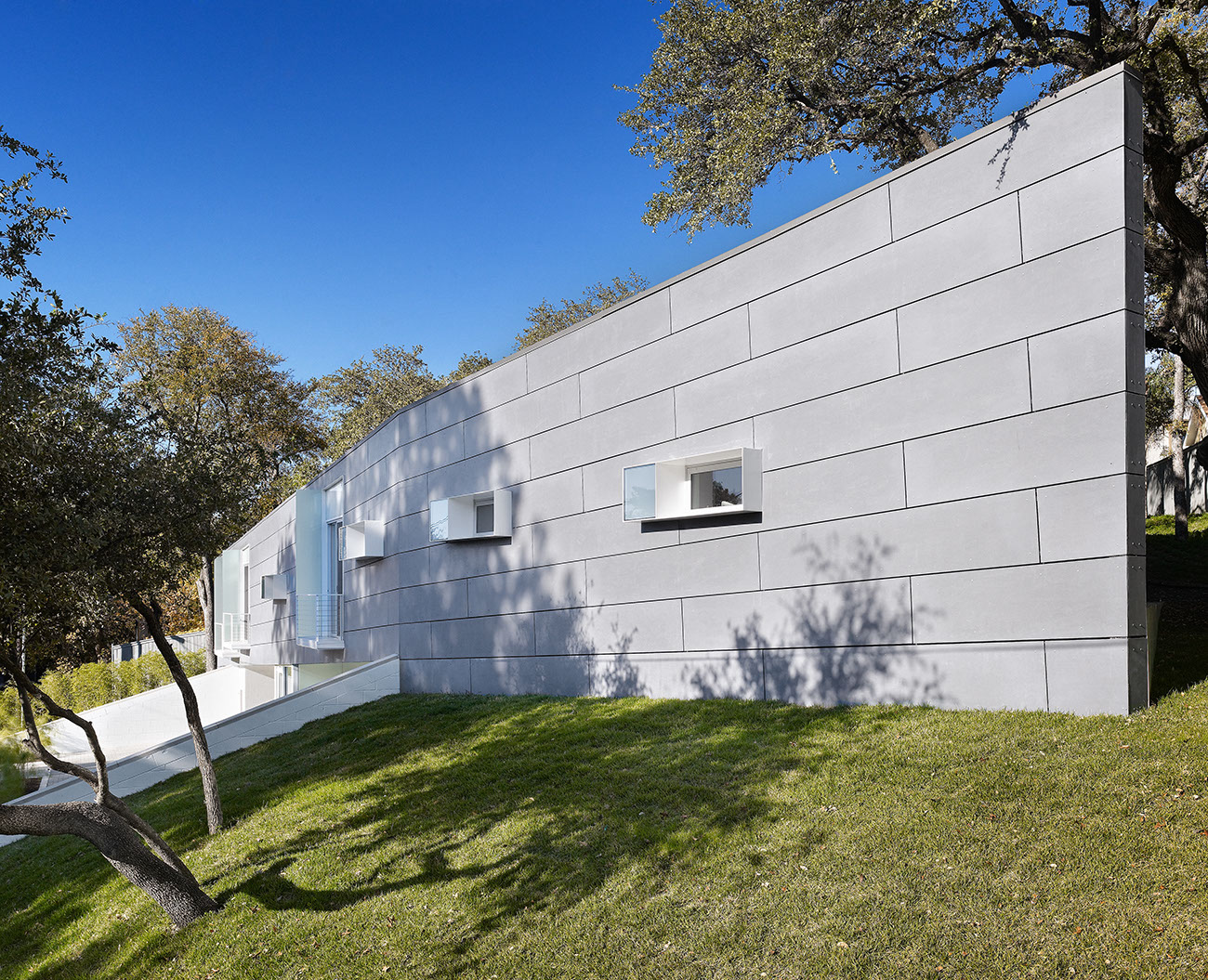 The Kimber Modern SoCo is a small Austin hotel one block from South Congress, one of Austin’s principal commercial and entertainment corridors. Aside from three sizeable live oaks, the small, precipitously sloped lot seemed an unlikely candidate for a hotel; it was overgrown with weeds and fronted a service alley for the neighboring bars, restaurants and retail establishments.

The sloping structure comprises discrete levels to create small nests of occupation, with a central courtyard acting as a quiet refuge from the neighborhood’s revelers, dumpsters and beer trucks. Despite the growth of South Congress as a travel destination for shoppers and partiers, the design of the hotel is routinely praised for offering a peaceful and secluded alternative to the typical urban hotel experience.

This project occupies an important place in our body of work. It is one of our earliest works and it was pivotal in setting the tone for an uncompromising and rigorous practice. The structure is formally ambitious and functionally opaque. That it remains a favorite among critics, travelers and locals has been instrumental in creating the lens through which people view Baldridge Architects. It was not our first completed project, but in a very real sense Kimber Modern SoCo represented the mission statement of our first decade.